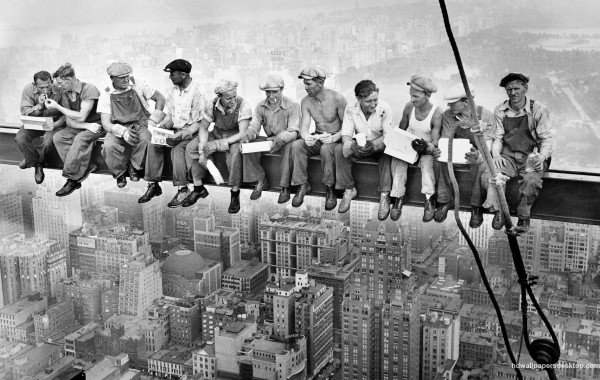 Éamonn Ó Cualáin of Fócas Films is a Galway based filmmaker in Cill Chiaráin, Conamara and was recently commissioned by TIME magazine to work on their new #TIME100Photos project.

The project looks at 100 iconic world photographs and Éamonn’s film looks at the iconic NYC photograph ‘Lunch atop a Skyscraper’ which was taken on the 69th floor of the Rockefeller Centre in 1932. Since launching last week on the TIME website, the film already has over 1.5 million views!

Éamonn has previously produced the IFTA winning documentary ‘Men at Lunch‘ that traced the claim that two of the men in the iconic photograph ‘Lunch atop a Skyscraper’ were from Shanaglish in Co Galway.