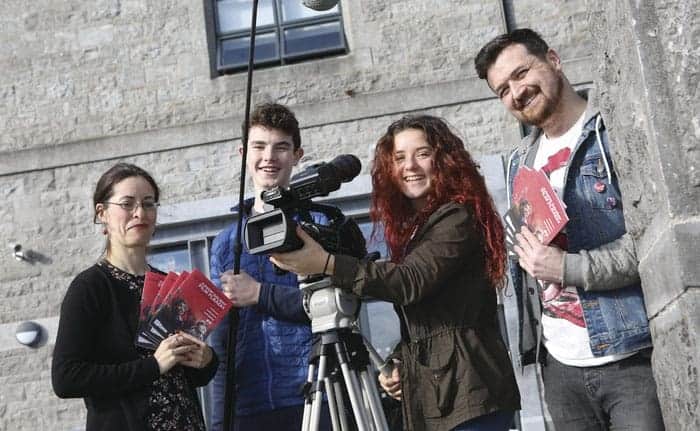 The Galway Junior Film Fleadh have announced this years programme of events, screenings and workshops that are designed for younger audiences and filmmakers and runs from November 9th-12th 2016. In keeping with previous years, strong examples of world cinema are present in the programme, which complement school’s language curricula.

‘Ma revolution’ (Ramzi Ben Sliman) is a French coming-of-age comedy, screening alongside German title ‘About a Girl’ (Mark Monheim), which engages with the topic of teen suicide. Spanish title ‘The Olive Tree’ (Icíar Bollaín) deals with the topic of family roots. These three films are suitable for audiences of fifteen years or over.

Irish language Junior Cert students are also catered to with the Gearrscannáin programme, which features a range of short films and will be accompanied by study notes.

The programme also includes a range of Outreach titles, such as Neele Leana Vollmar’s ‘The Pasta Detectives’ (12-14) and the IFTA-nominated drama ‘Eipic’ (16+) directed by Louise Ní Fhiannachta, which is a contemporary drama about a group of young people forming a band with a backdrop to the centenary of the1916 rising.

Additional titles featured in the programme are ‘Hunt for the Wilderpeople’ (12+) directed by Taika Waititi (What We Do In The Shadows), and documentary ‘Life, Animated’ from Roger Ross Williams. The latter deals with a young boy with Autism who overcame challenges through Disney’s animated films. It is a free screening but requires pre-booking.

Future Filmmakers shorts programmes will showcase the work of Ireland’s young filmmakers, while young writers can enter the Script Competition.

Attendees can also benefit from workshops exploring Special FX, Screenwriting, Storyboarding (with the Oscar-nominated Brown Bag Films), Making film on Mobile Phones and an Introduction to VR Film (in association with Galway 2020).