Galway UNESCO City of Film is delighted to welcome Oscar-nominated Director, Lenny Abrahamson, to Galway on Saturday 12th November. The event is in association with GMIT and the Huston School of Film & Digital Media, with support from the BAI and the Department of Arts, Heritage, Regional, Rural and Gaeltacht Affairs. Lenny will take part in an interview about his work with Conn Holohan, Director of the Huston School of Film & Digital Media, NUI Galway.

Lenny is one of Ireland’s most prolific directors and has directed some of Ireland’s best loved films including ‘Adam & Paul’ and ‘Garage‘. In 2016, Lenny was nominated for an Oscar for Best Director for ‘Room’. The film, based on an adaptation of Emma O’Donoghue’s novel of the same name, looks at a mother and son who have been held captive for 7 years. The film was also nominated for Best Picture and lead actress, Brie Larson, won the Best Actress Award.

After directing numerous commercials for television in Ireland, the UK and worldwide, Lenny directed his first feature film, Adam & Paul, written by Mark O’Halloran and produced by Speers Film/Element Pictures, in August 2004. The film quickly became a critical and box office hit in Ireland. It won the Best First Film at the Galway Film Fleadh, as well as the Grand Prix at the Sofia International Film Festival. It opened in the UK in 2005 to the best reviews for an Irish film in over a decade.

The winning team behind Adam & Paul  joined forces again for Lenny’s next feature Garage starring Pat Shortt, Anne-Marie Duff and Conor J Ryan. The film, had its international premiere in Director’s Fortnight, Cannes 2007, where it won the CICAE prize.

As well as directing acclaimed features, What Richard Did and Frank, Lenny has also directed for TV including Prosperity for RTÉ and most recently, he directed Chance, an original series for Hulu, starring Hugh Laurie and set in San Francisco.

At the moment, Lenny is developing a number of projects including The Little Stranger, a film based on Sarah Water’s novel, with Potboiler and Film4, and Neverhome, an adaptation of Laird Hunt’s civil war novel, with Element Pictures and Film 4.

Galway City of Film is proud to welcome Lenny to Galway and hopes you can join us for a filmophile’s afternoon in November.

****Please note there will be FREE PARKING in the north carpark of the GMIT Campus. This carpark is directly behind the GMIT Building and can be accessed from the Ballybane Road.****

For any further details please: email admin@galwayfilmcentre.ie or phone 091-770748. 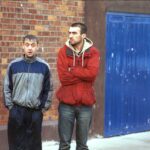 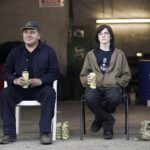 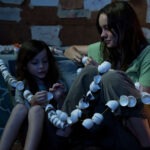