Galway City of Film ANIMATION Screenings as part of Baboró 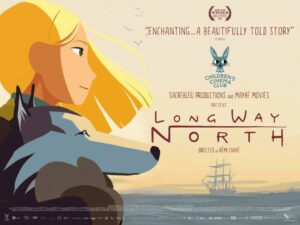 Galway UNESCO City of Film, in association with Baboró International Arts Festival for Children, presents a magical spectacle of animated films; Oscar-nominated ‘Amhrán na Mara/Song of the Sea‘ and ‘The Long Way North’.

Audiences will be enthralled with Galway UNESCO City of Film’s showcase on Monday the 17th of October, screened in association with the UNESCO Child and Family Research Centre at the Institute of Lifecourse and Society at Corrib Village, NUI Galway. At 10am, the Oscar-nominated ‘Amhrán na Mara/Song of the Sea’ invites you to delve into the world of Irish mythology and folklore. This spectacular film tells the story of Ben and his little sister Saoirse, the last Seal-child, who embark on a journey across a fading world of ancient legend and magic in an attempt to return to their home by the sea, taking inspiration from the mythological Selkies of Irish folklore, who live as seals in the sea but become humans on land. This film is suitable for children aged 6 and up, and will be screened as Gaeilge with English subtitles.

Later that afternoon, at 4pm the screening of the animated adventure film ‘The Long Way North’ is certain to wow audiences. This magnificent journey around the world tells the tale of a young Russian aristocrat, who runs away from home in St Petersburg and travels across the globe to the North Pole in a quest to track down the ship of her adventurer grandfather. The film will entrance viewers with its beautiful scenes and colours, from the blurry whiteness of the Arctic to the vibrant chaos of Russia’s St Petersburg. This film is suitable for children aged 8 and up.

Declan Gibbons, Director of Galway City of Film noted “Galway UNESCO City of Film are thrilled to be hosting film screenings as part of the fantastic Baboró festival this year. We are delighted to be presenting these two beautiful animated films to Galway’s young audiences and families alike.”

Aislinn ÓhEocha, Executive Artistic Director of Baboró International Arts Festival for Children commented “We’re delighted to present these two films, together with Galway UNESCO City of Film and UNESCO Child and Family Research Centre, NUI Galway as part of this year’s festival. These screenings are sure to be a big hit with our young audiences, and with growns-ups too.” 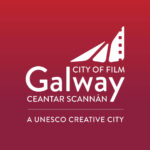