The Business of Documentary: An Irish and Nordic Perspective

This one day seminar will look at different aspects of the business-side of documentary making. It will examine both Irish and Nordic experiences. Though many miles apart, both areas face similar challenges. This day will be an insight into how both regions do the business of documentary and what we can learn from each other. The seminar will feature the following speakers: 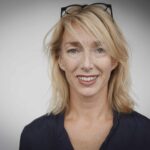 Lisa Nyed holds a BA in Film and Communication studies at Lund University, University of Copenhagen and did Master studies at Concordia University, Montréal. As Commissioning Editor Documentary Film at the regional resource and co-production centre Film i Skåne in South Sweden, Lisa commission co-productions of documentaries of all lengths. She is also counselling on distribution possibilities, as well as working with development projects on export, transmedia and outreach. Lisa has served on several festival juries and selection committees and has been tutoring documentary projects at the EDN run development lab Twelve for the Future 2010-12 and served as Programme Manager for Nordisk Panorama Nordic Short & Doc Film Festival 2013-14.

Film i Skåne is a regional film fund and a center for film and TV, located in the most southern part of Sweden. Financed by Region Skåne, with the task of promoting all aspects of films. Film i Skåne co-produces films by producers or directors from the region or fiction feature films and TV-series shot in the region. Also containing Ystad Studios and Southern Sweden Film Commission. 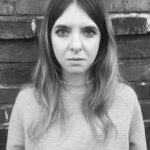 Ann Lundberg started at the production company Auto Images in 2012 as a junior producer and production coordinator. At Auto Images she has been involved in the production team behind films as “A Thousand Pieces”, “Every Face Has a Name” and “Becoming Zlatan”. She is now producing the animation “Big Galaxies Eat Stars” by director Anna Hellsten, and the documentary ”Love and hate in Malmö”, by director Klara Levin.

This autumn she will start working with Saman Bakhtiari, producer and reporter at Sveriges Radio, who is making his directing debut within film, at Anagram Film and TV. 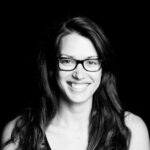 Drab produced Caroline Ingvarsson’s 2015 short Beneath the Spaceship (Toronto International Film Festival, BFI London Film Festival) and award winning 2014 documentary short The Dogwalker which was broadcast on SVT. Caroline was part for Young Nordic Producers Club in Cannes 2016. She started her career at the talent agency WME in Los Angeles. She holds an M.A. in Film & Media Producing from Lund University, Sweden. 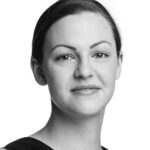 Sofie Palage has been a freelancer in production management for film and television drama since 2008 and she has over 30 productions on her resume. Since 2011, she owns and runs the production company Primodrom, which is based in Malmö, Sweden.

Sofie is producer of the feature films Nothing is too late (Jan Troell, 2012), Motive (Petra Revenue, 2014) and Garden Lane (Olof Spaak, 2016). She has also produced projects with support from the Swedish Film Institute, Film i Skåne, the Swedish Arts Grants Committee, SVT (the Swedish public broadcaster) and BoostHbg. Prior to her career with films Sofie produced theatre.

Sofie has taken Film Studies at the University in Lund and is a graduate film producer from the Producer Education at Forum Ystad. Since 2013, Sofie is a board member of Skånska Producentföreningen (the producers’ association in southern Sweden). She is a participant in the 2015-2016 edition of the Producer as leader organized by Film region Stockholm-Mälardalen. In 2013-2014 Sofie participated in a talent development program organized by Film i Skåne and BoostHbg. 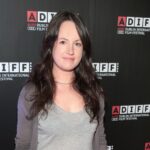 Niamh Heery is a director working in documentary and fiction. Her work has won the Radharc Award, The RTÉ/Galway Film Centre Script award and the ICCL Human Rights Film Award. She was a 2016 nominee for the ADIFF Discovery Award.

She has been running Swansong Films since 2010, producing film work for national and international non-profit organisations. Niamh has received two Irish Film Board commissions for her short documentaries Displaced (2015) and the 1916 Easter Rising film A Father’s Letter (2016). 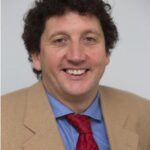 Ciaran Kissane is a Senior Manager with the BAI. One of his areas of responsibility is the operation of the Broadcast Fund which comprises 7% of the TV licence fee (approx. €14m per annum). The Fund supports the production of new TV and Radio programmes and broadcast archiving. Ciaran is a graduate of Dublin City University and the Open University. He holds a Doctorate in Education and is an avid scuba diver.

Proinsias is a Commissioning Editor withTG4. She manages a wide raft of fictional and factual projects for the Irish language broadcaster whose annual budget for commissioning currently stands at approx. 20 million. She joined TG4 before the station went on air in 1996 and worked as Youth Executive and Assistant Commissioning Editor before her appointment as Commissioning Editor in 2000. She oversees the production of numerous independent commissions financed entirely in Ireland only as well as internationally co-produced titles. Her current priority is the development of land mark projects that can be realised entirely in Irish or bilingually. She represents TG4 on EBU, CIRCOM and other international broadcast and co-production fora. 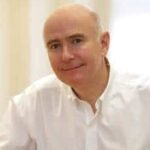 James Hickey has been in the position of Chief Executive of the Irish Film Board since June 2011, having previously been a partner and Head of the Media and Entertainment, Law Group of Ireland’s largest law firm, Matheson. As Chief Executive of the Irish Film Board, he has overseen the growth and development of Irish film over the past five years including the recent successes with feature films such as Song of the Sea (Academy Award ® nominated 2015) Room (3 Academy ® nominations, one Award 2016) and Brooklyn (3 Academy Award ® nominations). The IFB also provides production and development support for feature documentary, TV animation and TV drama. Before joining the Irish Film Board, James served as Chairman of both Projects Art Centre and the Abbey Theatre.

Colm O’Callaghan is Executive Producer at RTÉ. He was born in Cork city and attended Gaelcholáiste Mhuire An Mhainistir Thuaidh and University College Cork. He joined RTÉ Television in 1993 to set up the No Disco series and, since then, has produced and directed hundreds of hours of television for RTÉ One and RTÉ 2, primarily in the areas of Factual, Entertainment, Music and Sport. As Ceannasaí Cláracha Gaeilge, Science And Education [Head of Irish Language Programmes, Science And Education], he is responsible for over 30 hours of television in the RTÉ One schedule every year. He has won many awards for his own work and, more recently, for the independently commissioned documentaries Bullyproof, When Ali Came To Ireland, Somebody To Love and Close To Evil. Recent highlights of his Science slate include Crumlin, Building Ireland, Power In The Blood, Unbreakable – The Mark Pollock Story, Joe Brolly – Perfect Match and The Sound Barrier. 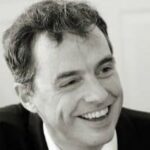 Magamedia has produced dramas and documentaries for TG4, RTÉ, the Irish Film Board and the BAI, garnering many awards both at home and abroad. Over the past 12 years, Hayes has worked as a writer, director, producer and executive producer on various drama and documentary projects. 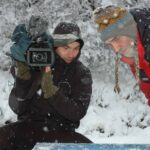 Risteard Ó Domhnaill is a filmmaker based in the West of Ireland. He has a degree in Theoretical Physics from Trinity College Dublin and a degree in Gaeilge and History from NUI Galway. In 2006, Risteard moved back from Dublin to Inver in North West Mayo and set up a small production company. After filming events on the Corrib Gas controversy for other television stations, he went on to film and direct ‘The Pipe’, a multi-award winning feature length documentary that has been broadcast in 25 countries around the world.

His current project, ‘Atlantic’, follows the fortunes of three fishing communities; in Ireland, Norway and Newfoundland, as they fight to maintain their way of life in the face of mounting pressure from powerful interests for the natural resources off their shores. 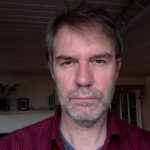 Karl Emil Rikardsen (born 1957) lives in Harstad, 300km north of the polar circle in Norway. He studied philosophy and economics before he entered media studies at Volda University College in 1984. His work experience includes the directing, writing and producing of more than 30 films; including single documentaries, documentary series and fiction films. Since 2000 he has dedicated his work to the making of documentaries, mainly human stories touching upon many different topics, like art, middle east, indigenous people, children, and more. As producer/co-producer he has been involved in co-productions with Sweden, Denmark, Germany, Russia, Canada, USA, Armenia and Ireland. Since 2014 he has been manager of the production company Relation04 Media AS. 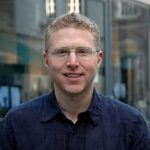 His other films include epic television documentary Blind Man Walkingin 2010, the award-winning political documentary The Bailout in 2011 and The Gambler in 2013. His 2014 feature, Unbreakable, was theatrically released in Ireland and the UK.

Ross was Director of the Irish Film Institute’s ‘Stranger Than Fiction Documentary Festival’ for three years.

Galway Film Centre acknowledge the support of the Broadcasting Authority of Ireland for this event.