Minister for Arts, Heritage, Regional, Rural and Gaeltacht Affairs, Heather Humphreys has confirmed final funding amounting to €255,000 from the Department to complete the fit out of the Picture Palace cinema, which is expected to open to the public by mid-2017.

She made the announcement in Galway on Sunday 10th July and confirmed that Element Pictures are taking over the management, completion and operation of the Picture Palace:

“As the Galway Film Fleadh draws to a close and the city’s Arts Festival gets underway, I am pleased to confirm that Element Pictures will be taking over the operation of the Picture Palace in Galway. Element have a strong track record with the Lighthouse Cinema in Dublin and will no doubt help to ensure that the Picture Palace is a great addition to Galway’s cultural scene.

“My Department has been working in partnership with Galway City Council over the past year seeking to have construction on the Picture Palace recommenced after it ceased over two years ago. When I approved funding last August to kickstart the project, I was aware that a final tranche of funding would be required. Today I am approving an extra €255,000, with additional investment also being made by the Irish Film Board and Element Pictures.

“Taxpayers have invested significantly in the Picture Palace since the project first started and it has not been without its challenges. The priority now must be to bring the project to completion for the benefit of Galway residents, visitors and film enthusiasts. When completed, the Picture Palace will be a state-of-the-art cinema located close to the historic Spanish Arch and just a stone’s throw from the Mick Lally Theatre (Druid).

“I would like to acknowledge the input and support of Galway City Council, which has been instrumental in keeping faith in this project. I would also like to acknowledge the vision, passion and commitment which Leila Doolin showed for this project over many years. My Department will continue to work the City Council, the Irish Film Board and Element Pictures in the coming months to ensure the Picture Palace is completed and open to the public.” 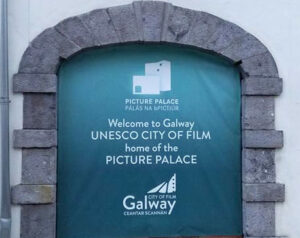 2016-07-12
GAF_admin01
Share
Previous Sad news for Galway’s Cinemobile as it is set to close
Next Photos from WEEK 2 Animation Summer Camp at GFC!