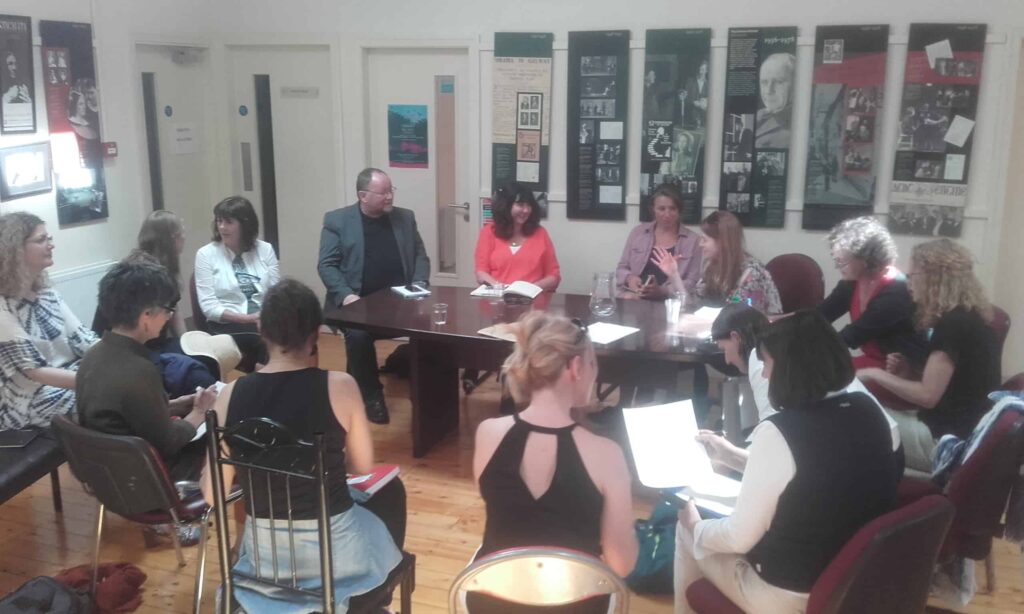 Both Dr. Susan Liddy of the Department of Media and Communications MIC (UL) and David Kavanagh from the Writers Guild of Ireland were both in attendance.

This new policy is a great incentive for women filmmakers in Galway and throughout Ireland – writers, directors and producers – to submit their scripts/treatments to the Irish Film Board.