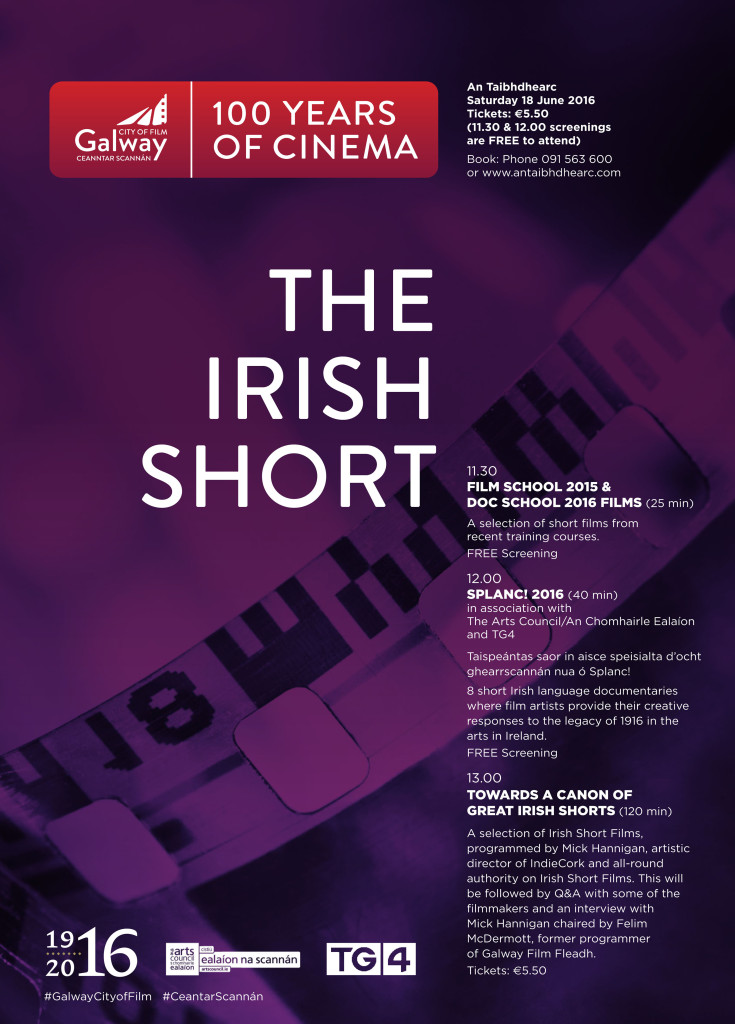 100 Year of Cinema: The Irish Short
Towards a Canon of Great Irish Shorts with Mick Hannigan
Saturday 18th June at 1pm
Tickets:€5.50

Galway, UNESCO City of Film, is commemorating the 1916 Rising with an exciting programme of seminal Irish Cinema and landmark television events to take place over eight Saturdays throughout 2016 to include screenings, debate and lively discussion of the development of our national identity and our national cinema over the past one hundred years.

Each event will be themed and programmed by a different guest curator, with June screenings curated by Mick Hannigan, IndieCork Programmer.

Joining Mick on the day will be Felim McDermott, former Galway Film Fleadh programmer, who will interview Mick and there will also be an opportunity to hear some of the selected filmmakers  talk about their work.