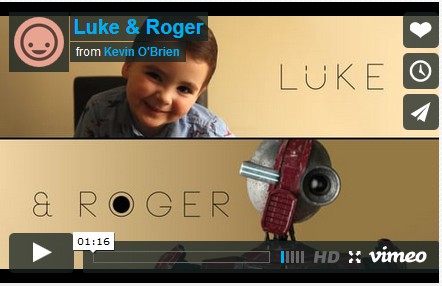 Galway City of Film in partnership with Galway Film Centre and the Galway Film Fleadh are delighted to announce the return of The One Minute Film Festival, this year with even more prizes!

Galway City of Film are inviting Filmmakers / Film Enthusiasts to make a one-minute HD film, based on any subject or any story. The best 30 x 1 minute films will be selected by a panel of judges and they will be screened at a special public event at the Galway Film Fleadh 2016. The Galway Film Fleadh runs from July 5th to 10th.

This year, there are three awards which are €500 for the Best Film and €300 and €200 for Runners-up. The winning films will be available to watch on the websites of all organisations involved for some time after the Festival. This is a great opportunity to get your work seen by an audience at this international festival. Entry to this competition is free! All genres are welcome including documentary, live action, art-house and animation.

Last year’s One Minute Film Festival included films from around the world, with 2 sold out screenings. The winner was the fantastic  ‘Luke and Roger’, directed by Kevin O’ Brien. It examined the future of robotic childcare and its pitfalls! Link: https://vimeo.com/132037845