100 Years of Cinema: Towards a Cannon of Great Irish Shorts with Mick Hannigan and Felim McDermott

Galway City of Film continues its 100 Years of Irish Cinema programme with a celebration of the Irish Short Film. Mick Hannigan, Indie Cork programmer and film aficionado, has put together a selection of his favourite Irish Short Films. This programme will be screened at An Taibhdhearc, Galway city at 1pm on Saturday afternoon, June 18th.

Also on the day there will be a special screening of TG4 and the Arts Council’s eight new short film commissions under their Splanc! scheme. Splanc! is the Irish language arts documentary scheme that supports the creative exploration of the arts in Ireland which was administered by Galway Film Centre this year, and this will be the first time that all eight films will be screened together. This will be a free screening at 12pm.

Joining Mick on the day will be Felim McDermott, Lecturer in Film & Documentary in GMIT and former Galway Film Fleadh programmer, who will interview Mick and there will also be an opportunity to hear some of the filmmakers selected talk about their work also.

At 11.30am, there will be a screening of short films from recent Galway Film Centre training courses. These films were shot in Galway city and county and include two short documentaries and two short dramas.

To whet the appetite of the film lover, the ‘Irish Short’ programme will be revealed bit by bit in advance of June 18th. It is a class in filmmaking not to be missed! 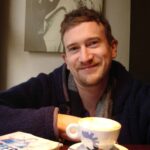 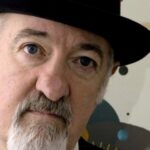