Making Waves, the first film made for International IDEA by Galway Film Centre filmmakers Alice McDowell and Maurice Gunning will screen at the World of Women’s Cinema: WOW Film Festival in Sydney, Australia on Sunday 1st May.

The World of Women’s Cinema – WOW Film Festival is a film festival that promotes and awards the talents of women directors, producers, writers, editors and cinematographers in the Australian film industry and internationally. It is a festival that offers emerging and established filmmakers the opportunity to screen short works giving a thematic perspective of … “seeing the world through the eyes of women”.

Making Waves will be screened as part of the ‘Harder/Better/Faster/Stronger’ Shorts programme and explores women and men as scholars and activists promoting interpretations of the Qur’an and Hadiths that empower women and promote justice, equality and dignity: http://www.wowfilmfestival.org.au/festival-program-2016/shorts-programme-8-harderbetterfasterstronger/

Filmmaker, Alice McDowell will also be taking part in a panel discussion titled Deep Impact on Friday 29th April. ‘Impact Producing’ is all the rage in Factual right now and speakers will look at the overlap between factual programming and social change models to see what it takes to make real and lasting change with speakers including Anna Helme (Video4Change), Teri Calder (Media Stockade), Trish Lake (Frackman), Annika Blau (Screen Impact) and Alice McDowell (Filmmaker).

For more details on the International IDEA and Galway Film Centre documentaries being made by Alice McDowell with Maurice Gunning see: https://www.galwayfilmcentre.ie/2016/02/09/galway-film-centre-filmmaker-alice-mcdowell-idea/ 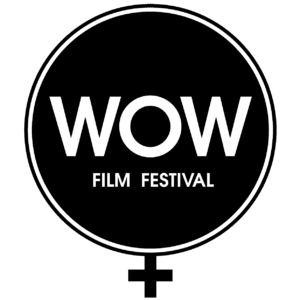