Home / 100 Years of Cinema / Footage from THE RADHARC ARCHIVE to be screened as part of 100 Year of Cinema: Film & The Church

Footage from THE RADHARC ARCHIVE to be screened as part of 100 Year of Cinema: Film & The Church 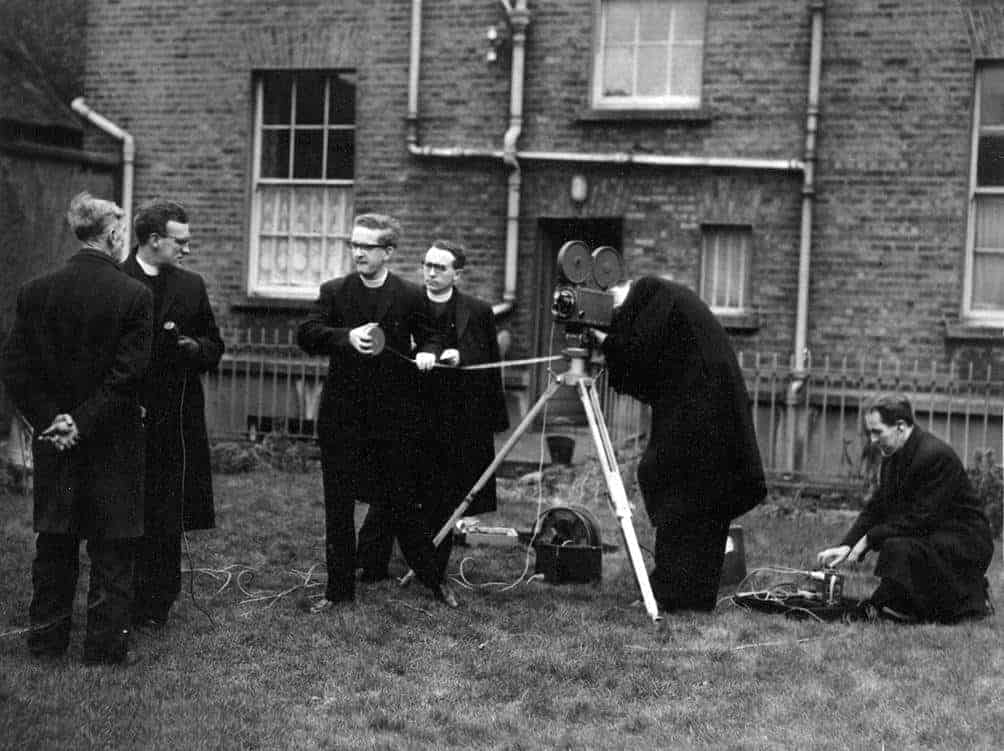 “Radharc is the title of a series of documentaries broadcast by RTÉ Television between 1962 and 1996. The first programme was aired on January 12th 1962, just 12 days after the new Irish television service was launched. Over the following 34 years, more than 400 programmes were televised.

The word ‘Radharc’  is the Gaelic for ‘view’, ‘vision’ or ‘panorama’. What the Radharc team set out to do was to bring to an Irish TV audience reports from around Ireland and later from 75 countries on different ways of living the Christian Gospel understood in its broadest sense. Among the issues covered were human rights, injustice, faith, religion, persecution, struggles against oppressive regimes, famine, and Christian heritage.

In 1959 Archbishop John Charles McQuaid of Dublin sent two priests to New York to learn something about the new medium of television, due to begin in Ireland soon. On their return, Fr Joe Dunn and Fr Desmond Forristal gathered a few like-minded priests with creative talent around them and began to produce short experimental films. Although he was sceptical of the venture, McQuaid gave them a gift of £300 towards the cost of a 16mm sync-sound camera and wished them well. When the films were shown to Michael Barry, who was to be Controller of the new TV service, he immediately commissioned them for broadcast. The team of priest-filmmakers immediately got to work and produced the first series of programmes which were over the following three decades among the most popular and critically acclaimed programmes on Irish television. They picked up many awards both national and international and were regularly in the viewers’ top ten most watched programmes on RTÉ.”

See footage from the RADHARC ARCIVE selected by Matthew McAteer as part of the 100 Years of Cinema: Film and the Church event curated by Galway Film Society in An Taibhdhearc on Saturday 19th March at 12pm. This is a FREE event by Galway UNESCO City of Film.

For more information on all the screenings see: 100 Years of Cinema: Film & The Church

2016-03-14
GAF_admin01
Share
Previous The Great Wide Open nominated for IFTA Short Film Award
Next ‘Our Boys’ & ‘Budawanny’ to screen as part of 100 Years of Cinema: Film & The Church