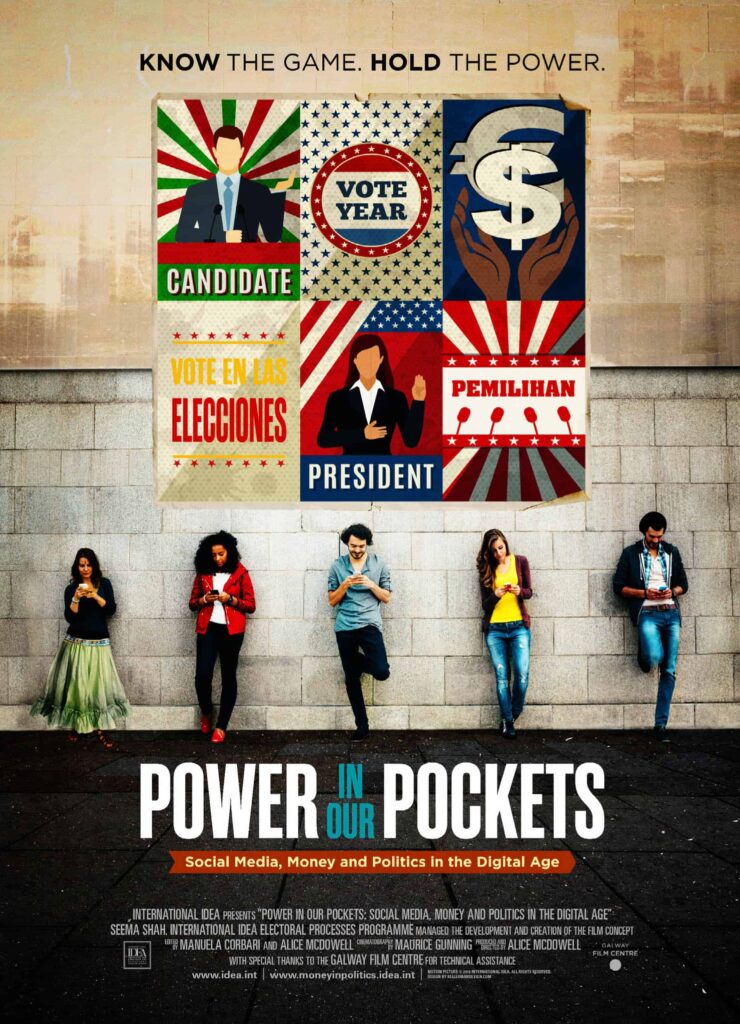 ‘Power in our Pockets: Social Media, Money & Politics in the Digital Age’ is produced and directed by Galway Film Centre’s Alice McDowell for International IDEA.

The role of money in politics is a contentious and much-debated question. Does money equal speech? Does its role in election campaigns damage democracy? How can we promote more equal opportunities for candidates without restricting rights?

In recent elections around the world, social media has emerged as a potentially powerful tool in the battle to level the playing field. Social media has opened up a space for a more diverse range of people to engage, debate, discuss, make political donations and demand accountability and transparency in elections.

‘Power in our Pockets: Social Media, Money and Politics in the Digital Age’ hones in on the ways in which social media and digital technology give individuals the personal power to access data, voice opinions, engage with and question elected representatives and promote an open and accessible electoral process.

Discover the consequences of this digital revolution are through the cases of the United States, Spain and Indonesia.

For more information on the film see: http://moneyinpolitics.idea.int/film.html