Galway UNESCO City of Film will host a year-long cinematic event to commemorate the 1916 Rising and celebrate 100 years of an Independent Irish state. This will take the form of 9 one-day events of film exhibition and debate which will engage the public in a discussion on our national identity since 1916 vis-a-vis our national cinema. It will celebrate our culture and identity on screen over this period and ask the question: In an era of globalisation, what does a national cinema mean for our national identity and culture?

The events will commemorate the 1916 Rising on screen as well as celebrating how the independent Irish State has been represented by our indigenous cinema over the last hundred years (The Art of the State) and interrogating the success or otherwise of this venture in conveying our national identity through a cinema which has become increasingly divided between the national and the international (The State of the Art).

Running from January to December 2016 STATE OF THE ART/ART OF THE STATE will explore facets of Irish Life since 1916 to the present through 9 one-day events. These events will include screenings and debate and cover topics such as The Rising, the Irish Diaspora, Irish sport on screen, Irish story-telling in cinema, Irish Music, Irish Women, Irish History and Politics, Film & Literature, Irish Heroes and villains, national identity, Ireland in the Age of Globalisation and Irish Film History and will be explored through screenings and public debate.

These events will be co-ordinated between Galway UNESCO City of Film, The Galway Film Fleadh, An Taibhdhearc and the Solas Picture Palace. Full details will be released shortly. 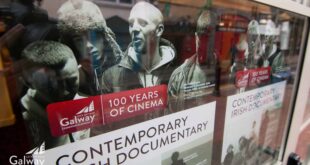 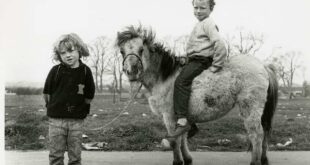 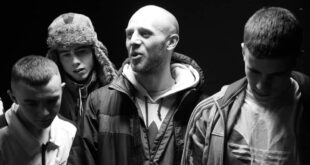