Home / News / ‘There and Back’, Trish Kellys short documentary selected for award at the Feminist Film Festival Dublin

‘There and Back’, Trish Kellys short documentary selected for award at the Feminist Film Festival Dublin

Trish Kelly’s documentary ‘There and Back‘ has been included as part of the Official Short Film Selection for the Feminist Film Festival Dublin 2015. Six short films have been selected in total for the award and each film will be screened before a feature film in this years festival programme.

The prize for Best Short Film winner is courtesy of Windmill Lane VFX and consists of €1500 worth of DI Colour Grading or Dubbing Mix and the ‘Best Short Film’ will be announced at the opening reception on Friday October 3oth.

Trish Kelly was a participant on Galway Film Centre’s ‘Documentary Course’ and it is during this course that she made ‘There and Back’ with the help of course facilitator Jill Beardsworth. 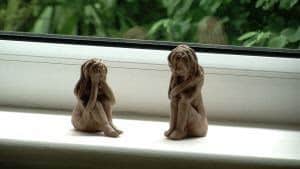