Colour Grading from the Cinematographer and Graders’ Perspective | October 3rd

Colourist, Eugene McCrystal, and DOP, Michael Lavelle, will discuss the grading process from shoot to edit. With the advent of digital cinema cameras and RAW workflows, modern cinema cameras can resemble a computer more than a film camera. For this reason, it’s important for DOPs to understand the post-production process particularly in relation to colour-grading. Knowing how much the image can be manipulated in post will help to guide DOPs as to what can and can’t be achieved on set and how far the camera can be pushed. Through looking at projects they have worked on together, Michael and Eugene will cover:

-Preparing for the shoot
-Knowing your specifications for the shoot
-How the Colourist and DOP work together
-What can be achieved in Post
-How to maximize the benefits of the digital workflow.

About the Tutors:
Eugene McCrystal
Eugene has been working in the broadcast and film industry for 20 years. Qualifying as a broadcast engineer from Ravensborne College, London in 1992 he started working as an Engineer at Carlton Television, building and installing their new digital post-production facility. While with Carlton, he quickly made the transition to Online Editor & remained in that role for 2 years.  From Carlton he moved to Orbit Television (Rome), Molinare Post Production (London), Foxtel (Sydney), The Yard (Dublin) and Screen Scene (Dublin).

In March 2004, Eugene left Screen Scene with two of his co-workers and set up EGG Post-Production. This is when he started his grading career. In January 2009 Eugene left EGG and set up his own facility, initially as a sole trader & then as a limited company. EMC Post Production has been in operation for over 6 years.

Eugene has a strong focus on technical excellence. He is widely regarded as a systems expert with a genuine interest in industry development.  He attends NAB (Las Vegas) annually to assess changes in systems available in the post-production industry and has a long history with Screen Training Ireland providing training on topics including Red Camera / Arri Workflows and 4K Acquisition & Projection.

Michael Lavelle
Michael Lavelle I.S.C. is a Sundance award-winning cinematographer. He was the cinematographer on the multi-award winning short film UNDRESSING MY MOTHER which screened at Critics Week in Cannes and received a special mention at Sundance Film Festival before garnering an IFTA, the Prix UIP Tampere and a European Academy Award in 2005.

With his debut documentary feature film HIS & HERS, Michael won the World Cinema Cinematography Award for Documentary at Sundance 2010.

PATRICK’S DAY, Michael’s debut dramatic feature film as cinematographer, received it’s world premiere at SXSW 2014. In 2015, he was nominated for an IFTA for his work on the film. At Woodstock Film Festival, Michael was awarded the Haskell Wexler Award for Best Cinematography.

Michael’s second dramatic feature film FROM THE DARK was selected in competition at both Fantastic Fest 2014 and Siches 2015. He also shot the eagerly anticipated political thriller THE TRUTH COMISSIONER that is set for release in 2016.

He has just completed production on the LITTLE GREY FERGIE feature trilogy for Cinenord and is now in pre-production on urban crime feature CARDBOARD GANGSTERS. 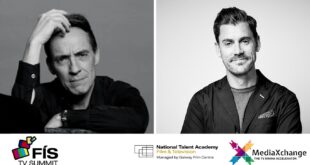 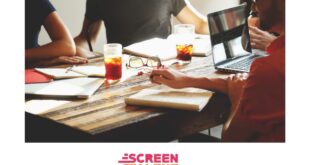