Bradford City of Film are delighted to host Galway’s Cinemobile during the Bradford International Film Summit in March:

“CINEMOBILE TO BRING THE MAGIC OF MOVIES TO CITY PARK: The magic of movies is being brought to City Park during the Bradford International Film Summit with a mobile cinema, showing exclusive screenings right into the heart of Bradford. 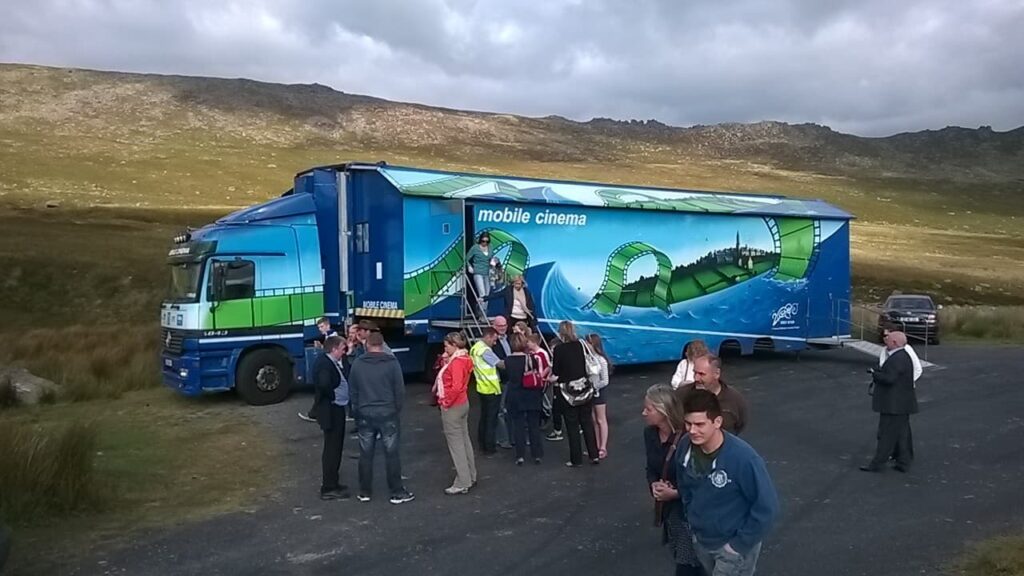 Cinemobile Manager Noreen Collins said: “We are thrilled to be taking part in the Bradford International Film Summit. Cinemobile is based in Galway, in the west of Ireland, which has only recently been designated a UNESCO City of Film. Cinemobile is a fantastic way of watching movies, transforming from an artic truck to a fully air-conditioned, fully digitised, enclosed, and very cosy 100 seater cinema.”

Director of Bradford UNESCO City of Film, David Wilson said: “We are delighted to have the Cinemobile with us in City Park – it will be a really unique experience for those who manage to get tickets so book early to avoid disappointment!”

For the further information see the Bradford City of Film post here.