On Dec 1st, 2014 UNESCO Director-General, Ms Irina Bokova announced that Galway has been designated a UNESCO City Of Film. Under the UNESCO Creative Cities Network, Galway is now one of only five cities in the world to achieve this much sought-after status. Galway  joins  Sydney, Australia and Galway’s twin city of Bradford in the UK as a designated City of Film. This is a permanent global designation. This status brings the highest internationally recognised standard of excellence in  the creative industries to Galway. The title of Creative City of Film also includes membership of UNESCO’s Creative Cities Network.

Galway Film Centre in association with Galway City and County Councils drove the bid process which started two years ago. The final bid submission on behalf of the consortium of over 50 organisations drawn from across Galway city and county was submitted in March 2014.  Following a fiercely competitive evaluation process, sixty three cities worldwide were shortlisted by UNESCO to fifty cities with twenty making the final selection, one of which was Galway, which won the highly prestigious and permanent title of UNESCO City of Film.

Galway, now formally joins the UNESCO’s Creative Cities Network as a designated UNESCO City of Film. This permanent status and designation gives Galway immediate access to a global platform, joining over sixty cities worldwide including major metropolitan and cultural centres such as Sydney, Seoul, Shanghai, Montreal, Buenos Aires, Berlin and Edinburgh. Galway’s twin city of Bradford in the UK was the first city to be awarded the title of UNESCO City of Film in 2009.

The UNESCO Creative cities network seeks to develop international cooperation amongst cities that have identified creativity as a strategic factor for sustainable development. Galway city and county already boast an impressive, healthy and growing film and TV industry, worth in the region of €72m to the local economy and employing over 600 people full time. Such international recognition, propels Galway into an impressive worldwide network, opening new opportunities in the world of film and TV. UNESCO city of film presents Galway with hugely positive economic, creative and artistic opportunities, sharing in a vast international resource while fostering worldwide cooperation for sustainable urban development.

Speaking in response to the announcement, Mayor of Galway, Cllr. Donal Lyons, said,
“I am absolutely thrilled on behalf of the city of Galway and would like to thank and congratulate everyone who has been involved in this successful bid. This is fantastic news for the film, TV, artistic and cultural community, and of course the city and region as a whole. It reflects so positively on Galway’s strong heritage of film and acknowledges our current level of creative activity, pointing  to a bright future for the production, promotion and appreciation of film in Galway and the West.”

The Mayor went on to note, “The designation of Galway as a UNESCO City Of Film will, of course, add to and enhance our international status as a creative city and will be enormously beneficial to our bid to be named European Capital of Culture 2020.   Galway is now recognised internationally for our quality of artistic work and engagement, which is testament to all those working in this creative vibrant and lucrative film and TV sector.”

Cathaoirleach of Galway County Council, Cllr Mary Hoade, joined the Galway City Mayor by saying,  “This designation shows how a determined group of people, supported by statutory and other bodies, can come together and show the world what a fabulous, creative and resourceful place Galway is. I would like to thank UNESCO and also ensure our active participation in the creative cities network and reiterate our commitment to the further development and support of the film and audio visual sector in Galway.”

Galway, UNESCO City of Film announcement comes on the back of a hugely successful week for the Galway Film Centre which held its annual Film and TV seminar on Thursday and Friday.  This year’s seminar hosted heavy hitters from the world of Film and TV including Beau Willimon, creator and show runner of the hugely successful Netflix drama series, House of Cards, Gub Neal, former head of Channel 4 drama and producer of the hit series The Fall, Claire Jennings, BAFTA winning producer of Coraline and The Curse of the Were Rabbitt, amongst many others leading names.

A visibly delighted Declan Gibbons, manager of Galway Film Centre, said, “This is hugely significant for Galway to be honoured and awarded the UNESCO City of Film status and it has already opened doors for us. I travel to the Houses of Parliament in London on Tuesday morning (2nd December) to meet the Director General of the BBC, the Head of Sky Arts, the CEO of the BFI as well as Michael Palin and Terry Gilliam as part of a UNESCO event organised by Bradford City of Film. If we hadn’t gotten the designation I would not be going. This will open so many opportunities for Galway that it is actually quite overwhelming.”

The process involved a formal application which was submitted in March 2014 in a bid led by Galway City Council and Galway County Council and facilitated by Galway Film Centre. The application went through a lengthy evaluation process involving international experts, research centres, universities and international associations specialising in urban development, culture and creative industries.

Galway now celebrates this historic achievement and looks forward to the next chapter as a world centre of  excellence and creativity. 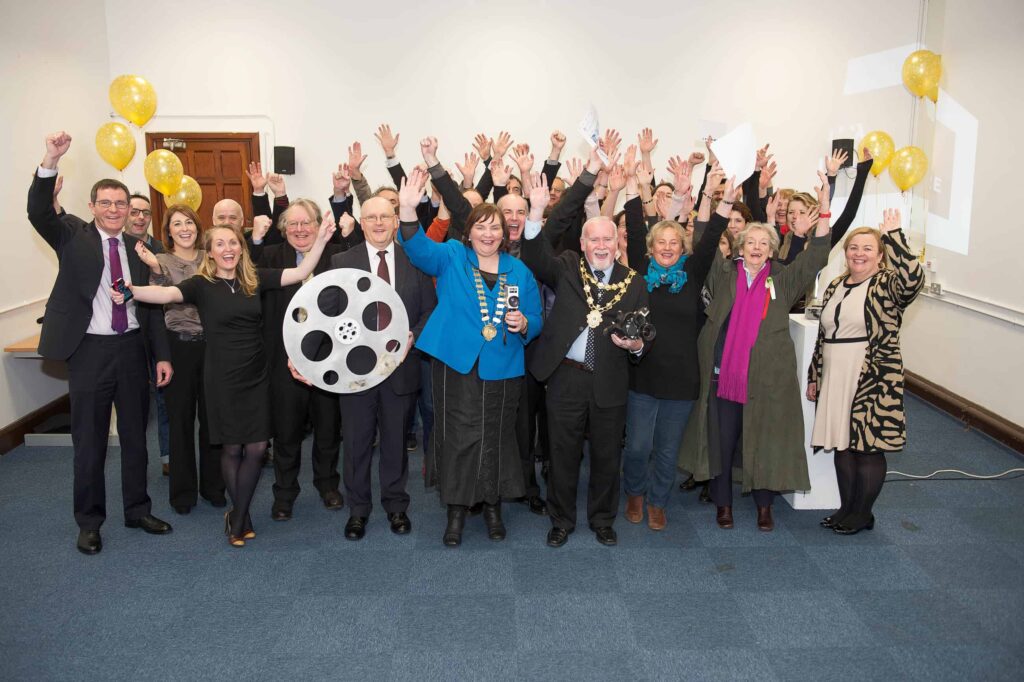 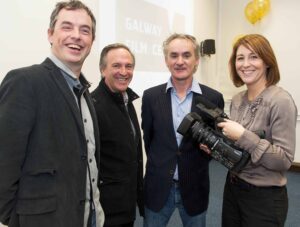 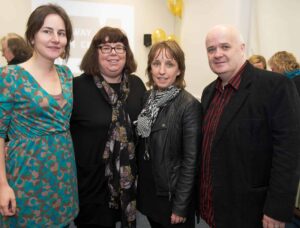 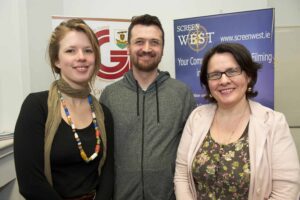 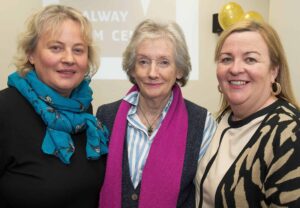 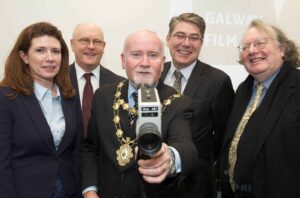 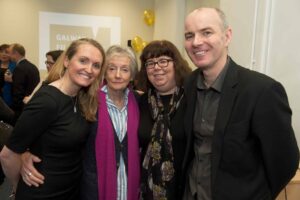 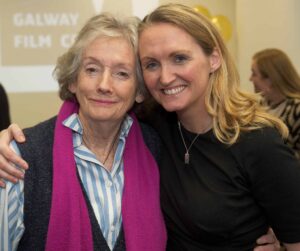 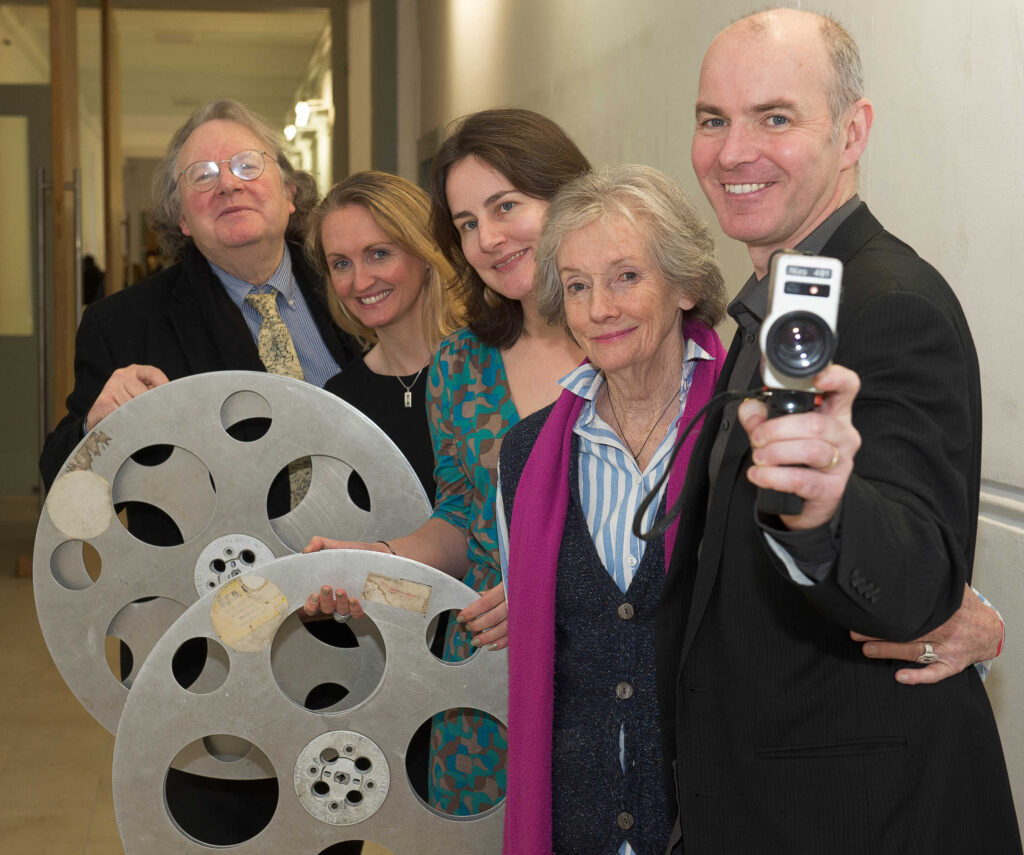