The 26th Film Fleadh will celebrate Galway’s relationship with film, both past and present, with the GALWAY IS FILM strand.

It’s particularly timely as this year Galway City made a bid to join UNESCO’s Creative Cities network as a City of Film.

It will start at the beginning, on Wednesday 9th at 1pm with archive footage, More Glimpses of Galway, shot in and around Galway and its environs between 1921 and 1974, provided by the Irish Film Institute. Footage includes as US travelogue from 1936, an Irish Tourist Association video from 1943 and a short about the opening of the Tynagh mines from 1967.

Other films shown will include Joe Comerford’s Reefer and the Model. This film proved such a hit with local audiences in 1988 that it led to the development of the festival to showcase Irish and world cinema to the people of Galway. This will show on Friday July 11th at 4pm. 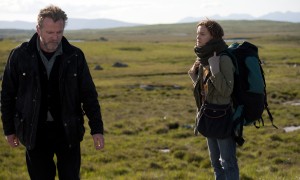 Featuring a mix of grass-roots cinema, Irish Language titles and shorts programmes, the Fleadh will also premiere the latest international co-production to be shot here, called Stay, a story about a Canadian woman who falls in love with a man from Conamara, starring Aidan Quinn and Taylor Schilling (Orange is the New Black). This will show at 2pm on Friday July 11th.

There will also be brand new films featuring Galway talent such as Darkness on the Edge of Town, a western-like crime drama starring Emma Eliza Regan from Moycullen and the closing night film An Bronntanas, a Celtic noir from Galway-based director Tom Collins.