We are pleased to announce that the 2014 Galway Film Centre/RTÉ Short Film Competition is now open for entries.

Two awards of €9,500 are available for the winners to make a short film. To enter, you must submit a short script. There are new conditions attached to the scheme this year. These are:

Applicants must complete an application form, available from info@galwayfilmcentre.ie and submit their short script following the guidelines below. The deadline for submission of scripts is 12 noon, Friday May 9th, 2014.

The best scripts will be short-listed for interview and two winners will be awarded the prize money as well as the use of equipment and facilities from Galway Film Centre and a commitment from RTÉ to screen the finished film.

We are adding the new condition of having a producer attached as in recent years the scripts that have succeeded best have all had a producer attached at an early stage. A good producer will help the writer develop and refine the script and greatly improve the chances of selection. We are also encouraging young producers to get involved as working on a short film can be a great learning experience and open doors in the industry.

Secondly, we are looking for scripts that are a maximum of 10 pages in length. The old adage “I wrote a long script because I hadn’t time to write a short one” definitely applies!

Applications should include all of the following elements as part of their submission:

1. Three unbound copies of your script for ease of copying. The script should not identify the writer or production company making the submission (blind copies) so our readers remain impartial when assessing your script. Only one script per writer will be accepted.

2. Please also send a copy of the script as an attachment by email to info@galwayfilmcentre.ie Again the attachment should have the title of the script on the first page but NOT include the writer’s name anywhere on the script. The accompanying email should give the applicant’s name, address, telephone number and email address. The subject line of the email should read: SHORT FILM AWARD: Followed by the title of your script. For example SHORT FILM AWARD: THE TEN STEPS.

3. The script should be as close to what you consider a final draft as possible. The winning script-writer will work with the assistance of a professional script editor to finalise and polish the script before shooting. The prize for this award is €9,500.00. €9,000.00 will be awarded towards the production costs and €500 will be used to hire the services of a script editor, (to be selected by Galway Film Centre), to work with the writer.

4. CVs of writer, director & producer (1 copy). A short CV of the writer, the proposed director and producer (maximum one page each) should be included at application stage. A producer must be involved in the project before submission and both the writer and producer must be current members of Galway Film Centre. Generally the writers of what are deemed to be the best scripts by our readers are short-listed for interview approximately 8 weeks after the closing date. Writers are then expected to attend the interview with the director and producer to present the proposed core team to deliver the short film. 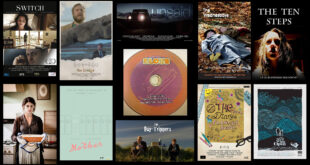 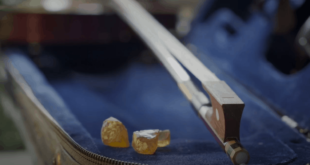