In the run-up to our Talking TV Drama Event on October 17th/18th in Galway city, we’re asking our 14 guests some questions about themselves, just so we all get to know them a bit better before they hit the West Coast!

We’ll be releasing the answers everyday here on our website so watch this space. For more details on the seminar, click HERE.

Today, Máire Ní Chonláin, commissioning editor at TG4, fills us in on her TV viewing habits! 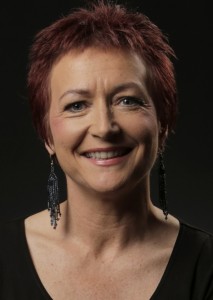 First TV Memory
Green Acres – I still remember the title music for this American sitcom which was about a couple from New York who move from their 5th Avenue condo to a rural country farm.  The husband always dreamed of being a farmer but his glamorous wife was dragged unwillingly!

Favourite TV Character
Colombo – What a wonderful character despite his dishevelled uncharacteristic appearance and apparent absentmindedness, he always shrewdly solved all of his cases.

Guilty TV Pleasure
Grand Designs – completely formatted with a great presenter, unusual architectural designs and couples with a vision.  No need to think!

Are you ‘a boxset- watch in one-go’ or ‘tune in every week’ person?
A bit of both – I’ve been known to watch a series of Mad Men in a row!  However, I still religiously watch Ros na Rún on TG4 every Sunday night at 10.30pm