We are very pleased to have some films from recent training courses included in the 25th Film Fleadh Programme. The output of our newly formatted Documentary-Making Course is featured strongly. Heart and Hand, a short documentary on the world-famous Claddagh ring, is one of 9 films selected for Official Competition. Tough Love, a softly told story of a couple who kickbox together, and Bone, which explores the world of a young woman who’s reviving an ancient art, have both been selected for New Irish Shorts Section. Well done to all the course attendees who worked so hard on the films and also to Jill Beardsworth, the course supervisor. 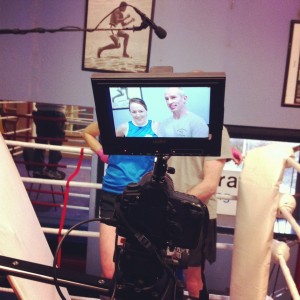 Films made through our Short Film Award which we run in conjunction with RTÉ are included in the program also. Scratch, which follows Eoin on a regular or not so regular night working at the local petrol station, is in competition in the New Irish Short Section. It’s directed by Phillip Kelly, produced by Dave Leahy and Liam Ryan and written by Phillip Kelly and Liam Ryan. Also included in this section is Nightline,

As with every year, we are very proud to have our ID Film Projects screened. 5 short documentaries will be shown at a special event on the first morning of the Fleadh. Topics covered this year include the construction of the first 32 foot Galway Hooker since 1922, an insight into a group of women making a better lives for themselves with the Galway Simon Community and a rambunctious drama group from Kinvara that get invited to the Edinburgh Fringe Festival. The groups and mentors all did an excellent job.

If you feel a bit depressed that you didn’t enter a film into Fleadh after hearing all that, then the good news is.. it’s not too late. The 30 Minute Film Festival is still accepting entries. This is our third year running this event in conjunction with Solid Media. We accept one minute films of any genre and medium and format! There are 2 prizes, the Audience Award and the Judges Award. More information on this here.

Here is a summary of times and places for our events and as they say, See you at the Fleadh!