TV3’s first scripted drama series ‘Deception’ will air Monday January 7th at 10pm. The drama was co-funded by the BAI and was shot on location in Galway with an Irish cast and crew.

Throughout the series, Deception will uncover the secrets that lie behind each door of Benton Wood Housing Estate – a small estate in the suburbs of Galway. 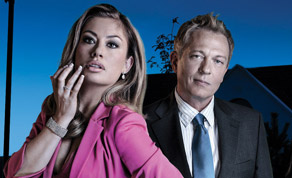 Tyrone Productions and EO Teilifis filmed the series over four weeks during the summer of 2012.