Home / News / What Richard Did Released in Galway

What Richard Did Released in Galway

We have some tickets to give away to tomorrow night’s Galway Preview of Lenny Abrahamson’s new feature, What Richard Did. It takes place at 7pm in The Eye Cinema on October 2nd. To win, simply answer the following question (What Lenny Abrahamson film did Pat Shortt star in?) and send your answer with your name to info@galwayfilm centre.ie

Adapted from Kevin Power’s novel BAD DAY IN BLACKROCK and written by Malcolm Campbell (SKINS, SHAMELESS), WHAT RICHARD DID is the third film from acclaimed director Lenny Abrahamson, whose previous work includes GARAGE and ADAM & PAUL. The film features an ensemble of young Irish actors including Jack Reynor, Sam Keeley and Róisín Murphy as well as established talent including Lorraine Pilkington and Lars Mikkelsen (star of the Danish hit series, THE KILLING).What Richard Did will be released in cinema’s on October 5th.

What Richard Did follows Richard Karlsen, golden-boy athlete and undisputed alpha-male of his privileged set of South Dublin teenagers, through the summer between the end of school and the beginning of university. The world is bright and everything seems possible, until in one summer night Richard does something that destroys it all and shatters the lives of the people closest to him. Featuring extraordinary performances from its mainly young cast, What Richard Did is a quietly devastating study of a boy confronting the gap between who he thought he was and who he proves to be. 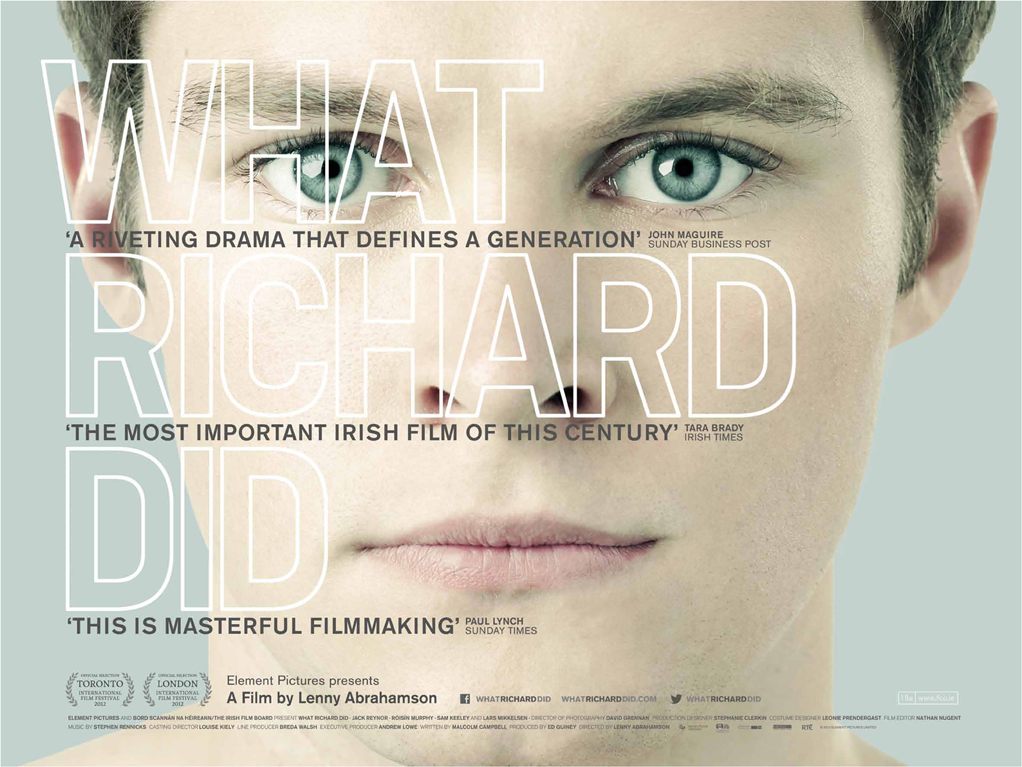