Home / News / ‘John Ford: Dreaming of the Quiet Man’ releasing at the Eye Cinema and Q&A with the film director

‘John Ford: Dreaming of the Quiet Man’ releasing at the Eye Cinema and Q&A with the film director

The Eye Cinema in Wellpark in association with Element Pictures Distribution is delighted to announce that JOHN FORD – DREAMING THE QUIET MAN will open on Friday 15th June 2012 and the film director Sé Merry Doyle will be attending a Question & Answer session with the audience after the show at 7.15pm. 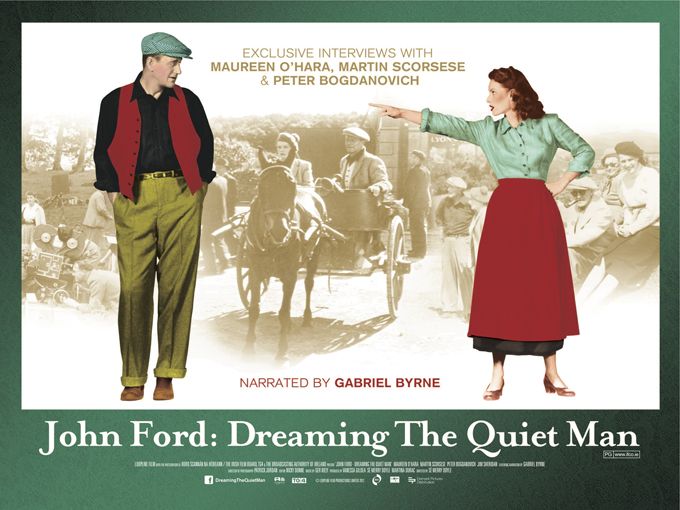 As one of Hollywood’s most iconic directors, John Ford gave the world of cinema over 100 films, but THE QUIET MAN in particular moved the Irish nation in an extraordinary way.

JOHN FORD – DREAMING THE QUIET MAN is a touching documentary that explores the making of the Oscar-winning film which took twenty years of Ford’s life to bring to the big screen. Featuring heartfelt discussions with Maureen O’Hara, Peter Bogdanovich and Jim Sheridan alongside narration by Gabriel Byrne and original home-movie footage of the cast and crew’s time in Ashford Castle during filming, we recount the stories from the people who still remember how Hollywood came to the West of Ireland and changed their lives forever.

The landscape of the West of Ireland where the film was shot and the surviving extras who remember Hollywood coming to the sleepy village of Cong, serve as the backdrop for this revealing portrait of Ford’s return to his ancestral homeland. Extraordinary home movie of the cast and crew in Ashford Castle contributes to the family like atmosphere Ford wanted to create in his mythical Innisfree.

Speaking on the film, Director Sé Merry Doyle comments that ‘it’s always a privilege to make a film but to make one about John Ford and The Quiet Man is a milestone in my career and I’m delighted that Irish audiences will get the chance to see this film on the big screen where it belongs’.

For further information regarding bookings please log onto www.eyecinema.ie or call 091 78 00 78.