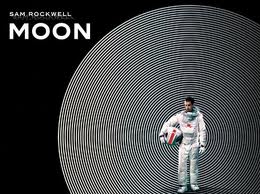 Moon, starring Sam Rockwell and directed by Duncan Jones (Source Code), is a high concept, sci-fi drama, which won many awards and garnered worldwide attention on its release. Set on the Moon and shot over 33 days in London, its achievments and quality far surpassed its low budget of $5million. The film was made in the vein of Alien and 2001, eschewing digital animation in favour of model making and set builds. It contains over 400 VFX shots, which highlights how effectively the budget was used, considering a film like Star Wars would have approx 300 VFX shots. In a sense, the film is indie filmmaking at its finest, with one of the crew commenting that it was made by ‘a bunch of guys with a couple of laptops’. Indie filmmaking or not, the film matches and surpasses the quality of many mainstream films and blockbusters.

This masterclass will focus on the following:

The masterclass takes place in Galway City on Friday, February 10th from 11.30am  to 2.30pm and costs €25. While this masterclass focuses on the work of the art department, it would be of interest to all film personnel. Please apply online at www.screentrainingireland.ie Deadline date for application is Thursday, February 2nd. For more information, contact Mary Deely at 091-770748 or email education@galwayfilmcentre.ie

Introduction to Virtual Production with Dan May and HaZ Dulull